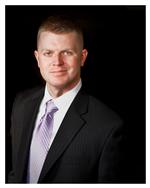 Mr. Joubert joined the Lenape Regional High School District family in 2008. He taught at Lenape High School from 2008-2010, and prior to that in Pine Hill, NJ and Langhorne, PA.  Currently Mr. Joubert teaches vocal music at Shawnee High School.  In addition to classroom teaching he is the vocal director for the all-school musical, and advises the extra-curricular Shawnee Men's Choir.

Outside of the classroom Mr. Joubert is a professional singer. A video from an April 2011 performance, and a few audio files from recitals and other occasions (2009-present) may be found below.  As a member of The Philadelphia Singers (2006-2010), Rob performed under the baton of many world renowned conductors, including Sir Simon Rattle, Christoph Eshenbach, and Charles Dutoit, in New York and Philadelphia.  He served as a member of their Chorale (resident chorus of The Philadelphia Orchestra), and Core (small all-professional ensemble).  Mr. Joubert's performances during the 2010-2011 season included soloist with the Mendelssohn Club of Philadelphia for Brahms' Ein Deutches Requiem in October, soloist with The Philadelphia Orchestra for their Glorious Sounds of Christmas concert series, bass soloist for Handel's Messiah (Parts 2 &3) at Tenth Presbyterian Church (Philadelphia), the Commenadatore in W.A. Mozart's Don Giovanni with the Bronx Opera Company, and Truffaldin in Strauss' Ariadne auf Naxos with dell'Arte Opera Ensemble in New York City.

The 2011-2012 season brought appearances as Olin Blitch in Carlisle Floyd'sSusannah with The Philadelphia Opera Collective as part of the Philadelphia Live Arts Fringe Festival in September; bass soloist with Collegium Westchester in November for Schumann's Requiem fur Mignon and the Herald in excerpts of Richard Wagner's Lohengrin.  In January, Rob returned to Bronx Opera as Lob in Ralph Vaughan Williams' The Poisoned Kiss.  In April he appeared as the bass soloist for W. A. Mozart's Mass in C minor and Beethoven's Choral Fantasy at Tenth Presbyterian Church (Philadelphia).

This season (2013-2014) Mr. Joubert appears as soloist with his alma mater, Houghton College, in performances of Beethoven's Choral Fantasy, and the premiere of Cantate Domino by David Davies in Houghton, New York, as well as with the Rochester Philharmonic Orchestra in Rochester, New York.  This concert will be repeated in March at Carnegie Hall in New York City.  Additionally, Rob will be performing in recitals in Philadelphia in January, and in Houghton, New York in March.

Mr. Joubert served on the music staff at historic Tenth Presbyterian Church (Philadelphia, PA) from 2006 - 2014.  His responsibilities there began as a chorister, as culminated as Interim Choral Director, which included serving as the Director of the Tenth Church Choir (70 voice mixed choir), Women's Chorus, June Summer Choir, as well as serving as occasional soloist and chorister with the Men's Choir.  He currently serves as Associate Conductor at First Presbyterian Church of Haddonfield.

The Greatbatch School of Music